View Shah Alam city at the top of Hotel Quality

August 03, 2012
Shah Alam is a city in the Petaling District (together with a small portion of neighbouring Klang District) within Selangor State, Malaysia. It is located about 25 kilometres (15 mi) west of the country's capital, Kuala Lumpur. In 1978, it replaced Kuala Lumpur as the capital city of the state of Selangor due to Kuala Lumpur's incorporation into a Federal Territory in 1974. Shah Alam was the first planned city in Malaysia after independence in 1957.


Shah Alam was once known as Sungai Renggam and was noted for its rubber and oil palm estates. Later, the same area was identified as Batu Tiga prior to Malaysian independence, and has been a centre of rubber and palm oil trade for centuries. Its current name was chosen by the then state Sultan of Selangor, Sultan Salahuddin Abdul Aziz Shah, after his late father Sultan Alam Shah. Many other monuments, buildings and even a street are named after the late Sultan. Shah Alam was granted city status on 10 October 2000 with Dato' Haji Abu Sujak Haji Mahmud as the first mayor.

Malaysia grew rapidly after its independence in 1957 under the ‘Father of Modernisation’, the second Prime Minister of Malaysia, Allahyarham Tun Abdul Razak Hussein. Shah Alam was opened in 1963 with the purpose of making it the administrative centre of Selangor once Kuala Lumpur was made a Federal District on February 1st, 1974. With the consent of 8th DYMM Sultan of Selangor, Almarhum Sultan Salahuddin Abdul Aziz Shah Al-Haj on December 7th, 1978, Shah Alam was proclaimed the capital of Selangor with an area of 41.68 square km. Shah Alam had encountered several processes of extending its areas and the last was on January 1st 1997. Through the Gazette Plan 1190, Shah Alam was extended to 293 square km.
(source : Wikipidia ) 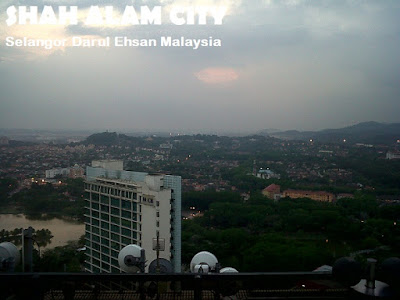 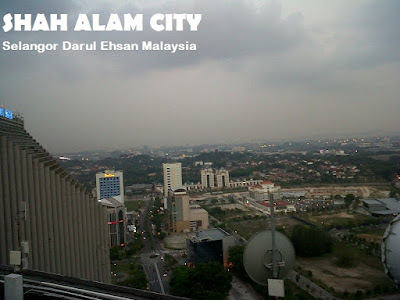 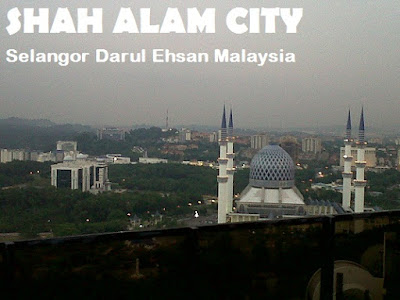 How to go there:
Shah Alam actually located 30 minuets from Kuala Lumpur
By KTM Komuter :  Take train from KL Sentral RM 2.50 for the ticket

By Bus :  Take the bus from the Klang Bus Station. Don't be confused, as this bus station is actually in KL near Petaling Street and NOT in Klang!RapidKL provides bus service to routes number 63 and 338 from KL to central region of Shah Alam. For more information you can check at http://www.myrapid.com.my/

By car : If you drive there are 5 different highways you can use to get to Shah Alam :
1) Federal Highway
2) New Klang Valley Expressway (NKVE)
3) Shah Alam Expressway (KESAS)
4) Guthrie Corridor Expressway (GCE)
5) North-South Expressway Central Link (ELITE)
The downside of it is that you have to pay different rates of tolls.